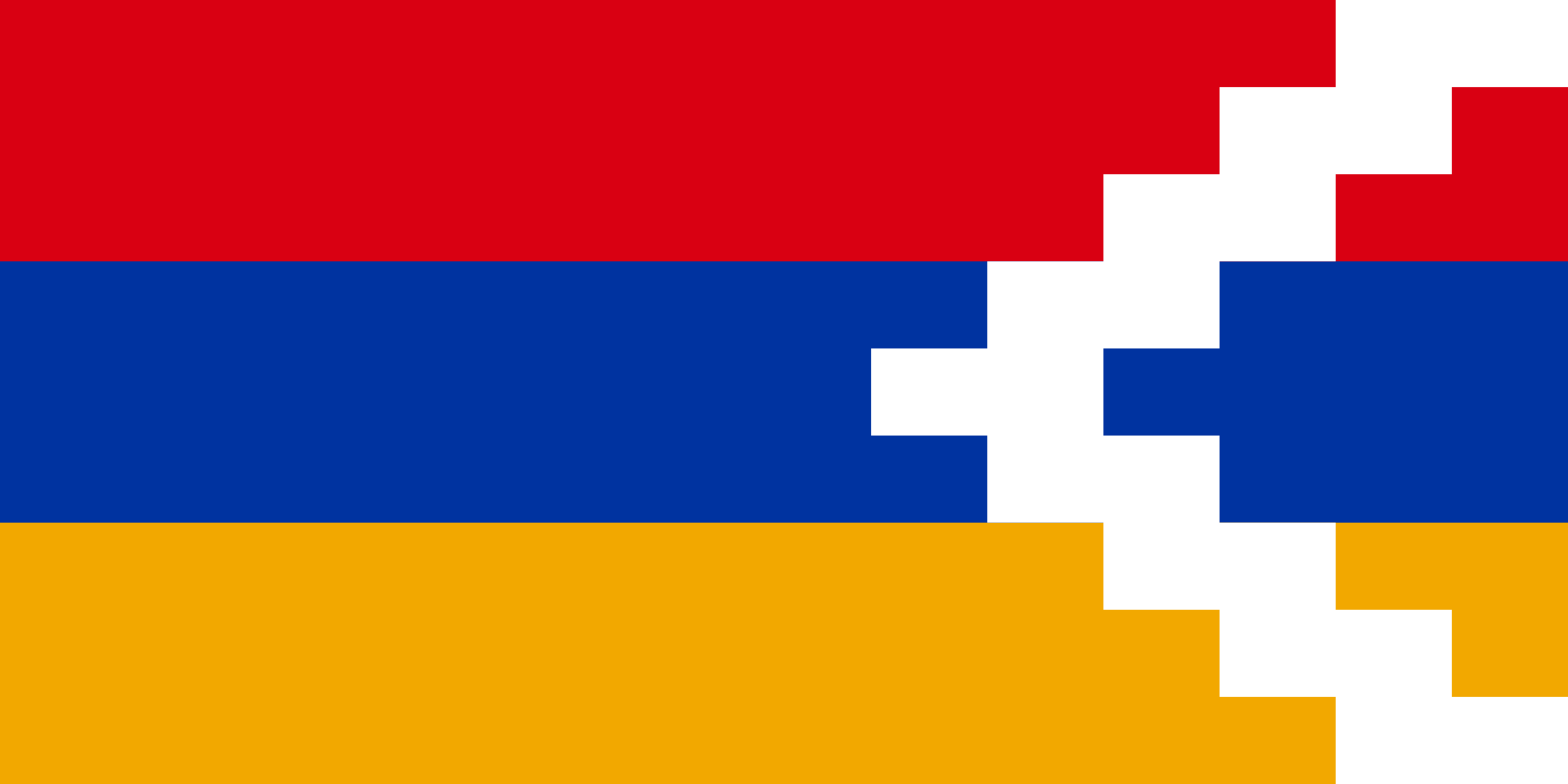 The national flag of The Republic of Artsakh is a symbol of independent statehood of Artsakh, its official distinctive sign.

The National Flag was adopted on June 2, 1992, by the Supreme Council of the Republic.

It is a rectangular colour cloth with three equal horizontal stripes of red, blue and orange colours (from the top to the bottom). From both edges of the right side of the colour cloth a white five-toothed stepped rug pattern starts and joins at the one third of the flag. The relation of the flag's width to its length is 1:2.

The red color symbolizes the ongoing struggle of the Armenian people for existence, Christianity, independence and freedom.

The blue color symbolizes the will of the Armenian people to live in peace.

The orange color symbolizes creative power and diligence of the Armenian people. 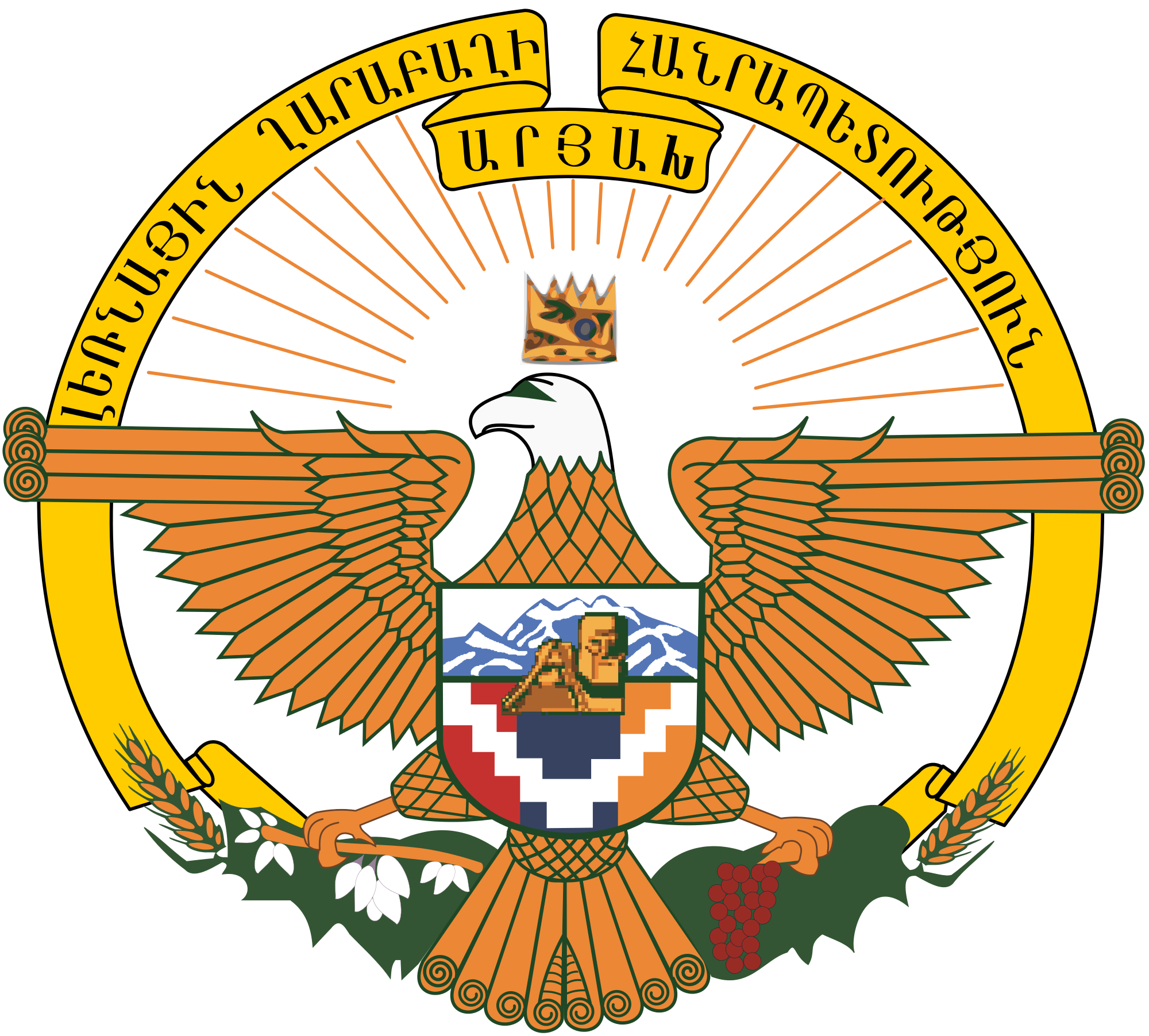 The National Emblem is a symbol of state sovereignty of  The Republic of Artsakh, state unity of peoples living within its territory, free and legal state.

The National Emblem depicts an eagle spreading its wings upward with sunrays emerging from it. The eagle is crowned with the crown of the Artashesid Dynasty. In the centre is the "We Are Our Mountains" monument against the background of the National Flag and Mount Big Kirs. Beneath, in the claws of the eagle are cluster of grapes, mulberries and ears of wheat. On the topmost section of the National Emblem there is an inscription in Armenian "Nagorno Karabagh Republic - Artsakh".

The National Anthem was adopted by the Supreme Council of The Republic of Artsakh on November 17, 1992. The author of the lyrics of the Artsakh Anthem is poet Vardan Hakobyan, the author of the music is Armen Nasibyan.