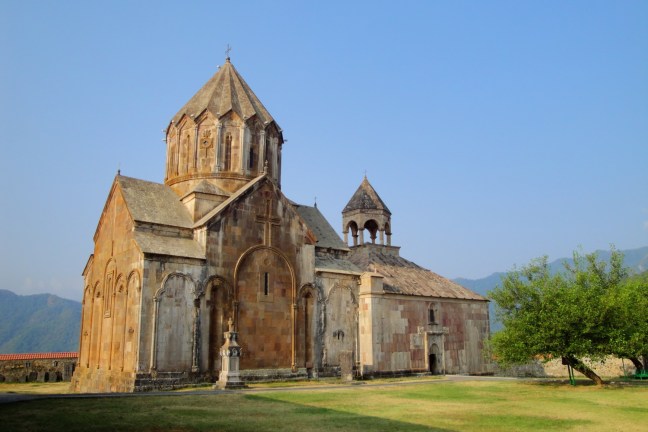 Today we can admirethe wonderful masterpieces of architecture, that concentrate the creative nation's whole creation of centuries with their majestyand design: the Pearl of the Armenian architecture - Gandzasar monastery, the wonderful monastery of V-VI centuries - Dadivanq with its 10 buildings, Amaras, the monastery of Vachagan Barepasht and many other monuments of Christian history and Karabakh's culture. 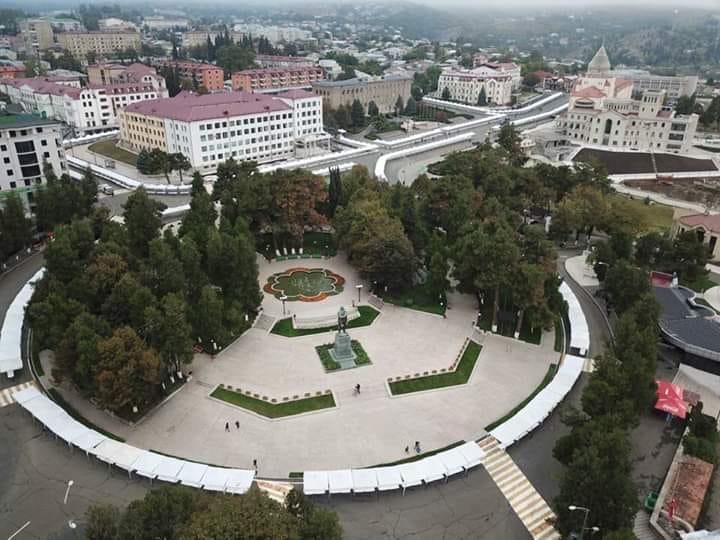 The center of Artsakh, Stepanakert, has an interesting insight. There are few cities in the world, which can be proud of the purity and beauty of the streets, but Stepanakert can. It is a small, clean and green town, the beauty of which admires every visitor. As it is not clean where it has been cleaned, but where it has not been  polluted. This value of Stepanakert's population tells much about its culture, hospitality, lifestyle, and about the respectful attitude for tourists and themselves.

Passing through the streets, we can see many monuments, created by the modern masters. Robert Petrosyan's sculpture _ "Karabakh Aya" incarnates the Karabakhian grandmother, the powerful woman, the guard of family and old traditions. It is located in the centre of the city in a place named "Pyatachyok" and is surrounded with small trees. In "Green Park", people call the "Upper Park," a high pedestal proud eagle rises _ the symbol of freedom, power, immortality, strength and vision. The fountain-sculpture "Three sources" is an interesting work, which is located next to the dramatic theatre after Vahram Papazyan. The artist conveys the spirit's three conditions-joy, anxiety and sadness. The fountain's water is clear and has an amazing taste.